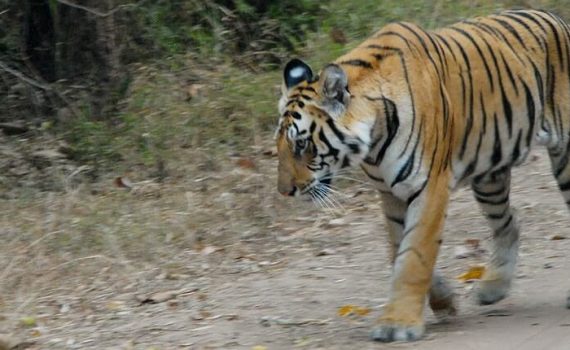 South America is a wonderful continent to travel for the adventurous. It can be very cheap but also dangerous for the unaware.

This continent is one of the lesser travelled continents in the world. It offers the traveller natural beauty, history at Macchu Picchu and Trujillo that pre-dates Europe’s, waterfalls that make Niagara look like a dripping tap and its fiestas are parties on steroids. It is home to amazing wildlife, with The Galapagos, Amazon and Pantanal amongst the most impressive areas. These offer some of the most amazing diversities of animal life on the planet.

The continent is best explored by bus and air passes. Food and accommodation is relatively cheap. In the south of the continent, transport may be by luxury coaches. In the remote areas in the north it may mean sharing the back of a 4WD taxi with passengers and their live chickens.

Whilst tourists can encounter problems throughout the continent, the north of the continent, houses more danger than the south. The Darien Gap between Colombia and Panama is run by terrorists, drug lords and others attempting to escape from the rest of the world. It is mainly dense jungle with alligators and large snakes. Venezuela, French Guinea, Guyana and Suriname still hold no go zones for all but the most adventurous of travellers.

Countries of the Southern Continent

The following countries are in South America

Comments and Tips about South America Travel are welcome below.

Travel in Africa is not only possible, it can be quite cost effective. Africa is a vast continent with vastly different cultures. Here, two cultures share the same desert space. One will completely cover their body to deal with the heat whilst the other will wear nothing but a loin cloth.

Some areas offer everything you can find in the rest of the modern world. Others areas are purely subsistent where people sleep on the floor of mud huts and eat from the land. The ethnicities vary more than any other continent. The peoples have immigrated from Europe, India and Arab countries and have a rainbow of skin colours.

Incredibly unstable governments change hands overnight and wars can escalate to genocide in the blink of an eye. The continent has some of the most amazing wildlife sanctuaries in the world. It houses the amazing pyramids, the Sahara and Namib deserts, and impenetrable dense jungles. However, it is tainted by wars and crime throughout.

It can be a challenge to travel to some parts as major highways become so bad that road graders become bogged. In other parts, trees block the roads and the same road bridge triples as a highway, railway and pedestrian bridge.

Africa Travel – How to save money in Africa

The six most dangerous countries in the world lie in Africa. It is a continent where life is cheap and safety is a concern that overrides low cost at times. The cost of living in most countries in the continent is reasonably cheap. However, one must be on constant vigil for your own protection.

Depending on where you are in Africa, cheap hotels can cost as little as a few dollars and some very good hotels can be significantly cheaper than elsewhere. Countries such as Mauritius, Namibia, Botswana, Malawi, Mozambique, Zambia, South Africa, Gabon, Ghana, Kenya, Tanzania, Morocco, Tunisia and Egypt can be travelled with caution.

That being said, local transport whilst cheap; may be limited and difficult at times. So you need to work our a route before you arrive. In some countries it is possible to hire cars. However, support for them is limited and sometimes parts can take a long time to arrive, severely hampering your trip. In many countries, such as Namibia, coverage for mobile phones is limited.

In Africa, the capital cities can be dangerous. Even the locals ensure that they are not wearing jewellery.

This is the place to put travel tips for Africa.

Antarctica is the coldest place on Earth. For this reason all tourism takes place in summer. It is a remarkable experience that one has to experience to believe. Normally anyone wishing to reach Antarctica will either catch a ship from Ushuaia in Tierra del Fuego, Argentina or from New Zealand. The vessels departing from Ushuaia will be the cheaper of the two.

How to save money on an Antarctica experience

Antarctica is not a budget experience. However, people have been known to arrange standby passage on a ship simply by asking every ship that arrives at port if they have any spare capacity. Occasionally someone will cancel at the last moment and a spot will become available.

Some ships offer shared rooms without single supplements. If you are travelling by yourself, this is a great way to save money.

Advance purchase with regard to Antarctica can mean booking a whole year in advance. Normally it is possible to obtain a reasonable discount on tickets booked this far in advance.

To travel to Antarctica, you will need specialist gear. Make your gear list and then buy at the specialist shops when they have their seasonal sales. Then bargain with the places you need to buy them. Also, many outdoor gear shops also have loyalty discounts that you can take advantage of. Even better, buy online from Travel Ideology

Smaller ships (normally about 50 passengers) mean that it will take less time for everyone to get on and off. This means more time exploring, especially when the weather conditions are such that people need to be back on the boat quickly. They also sometimes have options such as camping, kayaking and scuba diving that are not available on larger vessels.

This is the section where tips for visiting a continent can be placed.