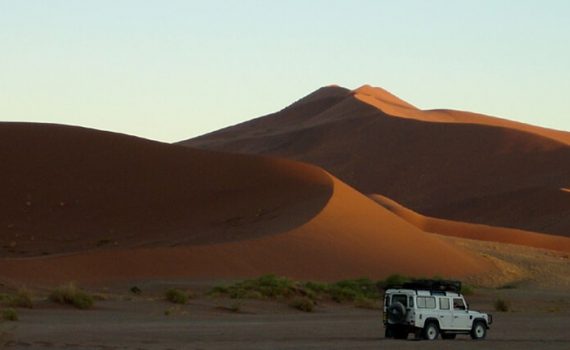 Travel in Africa is not only possible, it can be quite cost effective. Africa is a vast continent with vastly different cultures. Here, two cultures share the same desert space. One will completely cover their body to deal with the heat whilst the other will wear nothing but a loin cloth.

Some areas offer everything you can find in the rest of the modern world. Others areas are purely subsistent where people sleep on the floor of mud huts and eat from the land. The ethnicities vary more than any other continent. The peoples have immigrated from Europe, India and Arab countries and have a rainbow of skin colours.

Incredibly unstable governments change hands overnight and wars can escalate to genocide in the blink of an eye. The continent has some of the most amazing wildlife sanctuaries in the world. It houses the amazing pyramids, the Sahara and Namib deserts, and impenetrable dense jungles. However, it is tainted by wars and crime throughout.

It can be a challenge to travel to some parts as major highways become so bad that road graders become bogged. In other parts, trees block the roads and the same road bridge triples as a highway, railway and pedestrian bridge.

Africa Travel – How to save money in Africa

The six most dangerous countries in the world lie in Africa. It is a continent where life is cheap and safety is a concern that overrides low cost at times. The cost of living in most countries in the continent is reasonably cheap. However, one must be on constant vigil for your own protection.

Depending on where you are in Africa, cheap hotels can cost as little as a few dollars and some very good hotels can be significantly cheaper than elsewhere. Countries such as Mauritius, Namibia, Botswana, Malawi, Mozambique, Zambia, South Africa, Gabon, Ghana, Kenya, Tanzania, Morocco, Tunisia and Egypt can be travelled with caution.

That being said, local transport whilst cheap; may be limited and difficult at times. So you need to work our a route before you arrive. In some countries it is possible to hire cars. However, support for them is limited and sometimes parts can take a long time to arrive, severely hampering your trip. In many countries, such as Namibia, coverage for mobile phones is limited.

In Africa, the capital cities can be dangerous. Even the locals ensure that they are not wearing jewellery.

This is the place to put travel tips for Africa.